Raven was part of the eighth order of angels who were commissioned by God to observe the first humans in their early days. “The Watchers” as they were known, were big in heart as they were in stature, and had knowledge of all things. Their orders were to act as early shepherds, to advise the humans spiritually but not interfere with their natural development.

As time passed Raven and many of the others found it increasingly difficult to stand by and watch the humans in their daily struggles, forbidden to help or intervene. 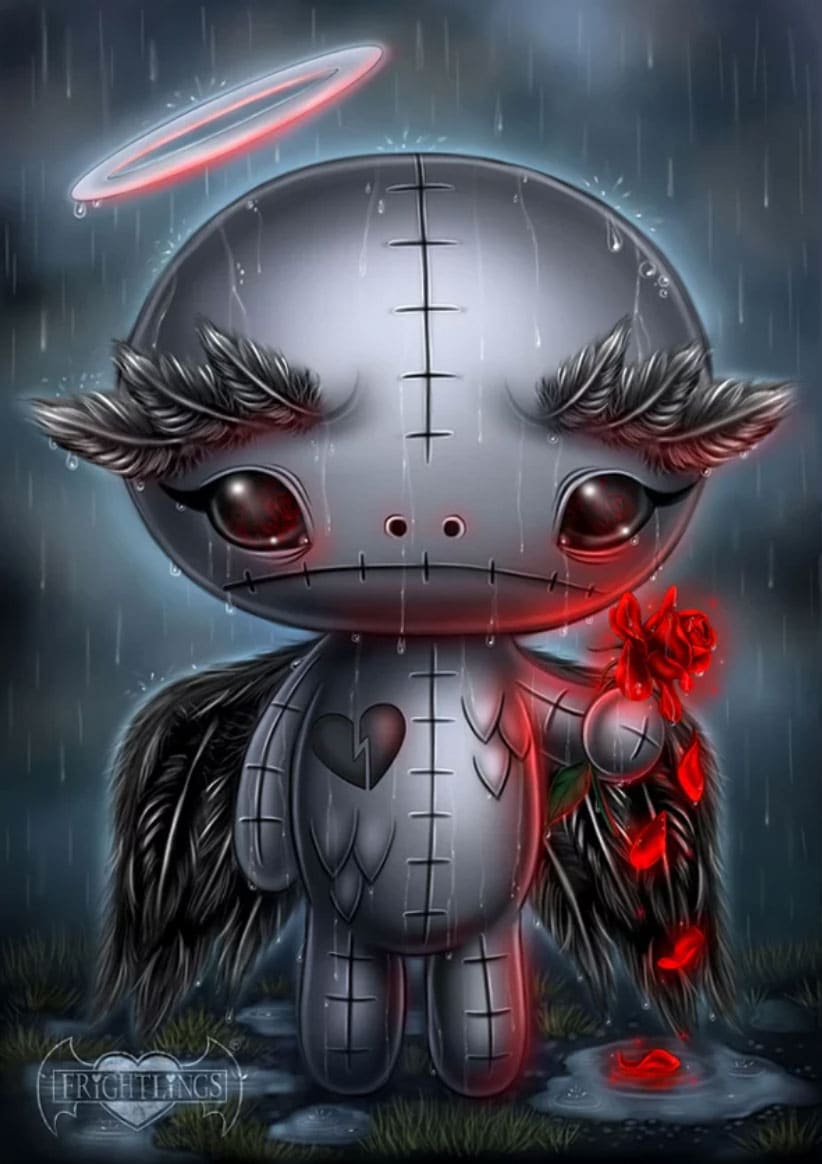 Gradually they began to quietly defy God and aid the humans. Raven taught them the science of herb crafts, so they could produce their own medicines to heal the sick, and astrology so they could find their way home in the dark.

Whilst Raven’s intentions were good some of the angels were not so. They began to live amongst the humans and taught them the art of war and how to adapt their simple tools into weaponry.

The teachings of forbidden sciences, enchantments and spells gave birth to a new race of witches and warlocks. Opposing covens were then formed, unleashing a war between darkness and light onto the world. What was once a peaceful existence then descended into conflict and anarchy.

When god saw the outbreak of chaos that plagued the land and what his beloved humans had become, he sent a great flood to cleanse the earth of the tainted. He then imprisoned all the Watchers within a layer of heaven where they were chained and bound for seventy generations. Although their punishment is now over they are still banished from the gates of heaven.

Raven currently resides on earth in the realm of the Frightlings.

Share this with your friends and the Frightlings community...